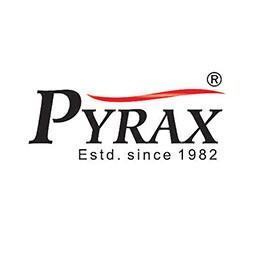 Pyrax Iodoform is a light yellow element having a strong aroma and very similar to chloroform, and it is an organoiodine compound. Iodoform has been traditionally used as a sanitizer. The USP rank indicates it can be graded and is perfect for a large variety of dental uses.

Pyrax Iodoform is an organoiodine compound with this special formula of CHI3. It is famously recognized as tri-iodomethane, carbon triiodide, and methyl triiodide.

Pyrax Iodoform has antiseptic properties in contact with tissues, especially with serious or purulent secretion it goes under gradual decay emitting free iodine.

Used for filling root canals after depulping.
Treating infected canals in case there is chronic periodontitis.
Used for teeth apexofication in the occurrence of periodontitis, in the occurrence of the non-formed apex, tooth perforations, and bone resorption.
It is used not just to stop the bleeding, but also as a disinfecting agent, and could engage the contamination to clean the wound.

Utilized as a therapeutic pad for the restoration of painful and inflamed pulp in the case of pulpitis.
Used as a pad under permanent fillings when treating deep caries.
Have high pH level (12.5) creating long bactericidal effect, radiopacity, pulp regeneration.
Capability to pierce deeply into dentine canals also to seal them as a result of dough adjuster on a water base.
Used with sterilized water until a homogenous dough is gotten.
Used as a therapeutic pad for the regeneration of traumatic and inflamed pulp in case of pulpitis.

7 other products in the same category: