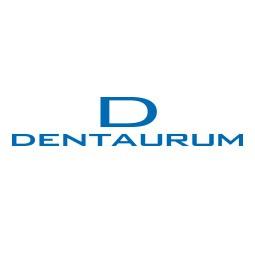 Dentaurum headgear is conduct orthodontic treatment in cases when intraoral sources are found to be insufficient.

The headgear is most commonly used as the extraoral force generating source.

With Dentaurum high-pull headgear, it is possible to change the direction of the force in relation to the center of resistance of the dental units to which the force is being applied in order to achieve better control of resulting tooth movement in a distal direction. And to modify vertical changes in the maxillary molar position to correct Class II relationships using a relatively lower magnitude of forces.

Dentaurum high-pull headgear comes with instruction, that can suggest and help you to realize the potential of the gear.

Suitable for all head and chin sizes.

The connector line runs between the tip of the chin and temporomandibular joint.

For the early treatment of Angle Class III

With the cross-bite tendency of single or all anterior teeth

Must have in every orthodontic dental practice clinic

1 head gear in a package

The Dentaurum Group develops, manufactures and sells products for dentists and dental technicians worldwide. The variety of products for dental technology, orthodontics and implantology is unique in the world of dentistry. The wide range of products and their excellent reliability and quality along with our investments in innovative technologies will continue to maintain the leading position of Dentaurum against the global competition. Our exceptional customer service will also continue to be a significant factor in our continuing success.

10 other products in the same category: