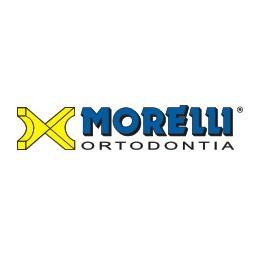 Expanders are devices designed to correct the occlusion of certain maxillo mandibular regions through the transversal or longitudinal movement of the teeth.

The expanders have the as main characteristic of operation the activation of a central screw through a specific key which promotes the movement of metal bodies,

resulting in the controlled application of forces against the teeth. They are promoting dental arch correction through orthodontic or orthopedic movements according to the needs observed clinically. Such devices can be used with other orthodontic devices, their use may be fixed to the patient, or removable,

in this case, such devices are assembled into acrylic molds according to the mouth morphology of each patient.

against the posterior maxillary dentition, resulting in the separation of midpalatal suture, having the effect, the increase in the transverse dimension of

Considered a rapid expansion device, used as a fixed mechanism, it's applied to the patient along the palatal contour and its fixation can be assisted

with the use of lingual and buccal wire support, which allows greater rigidity of the device through anchorage on orthodontic bands or stainless steel crowns by welding.

Made of nickel-chrome with flexible stainless steel arms to facilitate their shaping according to the patient jaw morphology.

After placement, the patient may be responsible for the expander activation as instructed by the orthodontist.

The use of this device is contraindicated in cases of Class II, division 1 or superior prognathism since the rapid expansion technique will intensify these effects.

The same condition of contraindication is valid for patients that already have a very accentuated inferior bite plane, as this plane is intensified by the rapid expansion.

Expanders for palatal expansion are indicated for the correction of maxillomandibular deficient relations in cases of mixed / precocious permanent dentition,

or posterosuperior bi-lateral crossbite as a result of deficiency of the apical base of the jaw, as well as cases of anterior or posterior crossbite that are not too severe.

Pioneer in the manufacture and sales leader in orthodontic products in Brazil, Morelli is a reference in the dental market. Morelli products have transformed millions of smiles in Brazil and in more than 30 countries.

10 other products in the same category: